Creating The Right Chemistry Between You and The Road

Try out our Exclusive Virtual Builder
ORDER YOUR SET TODAY

I’m Not Trying to be New School, and I’m Not Old School… I’m Classic

Built on customer service, trust, and quality workmanship, Titan Motoring is changing the custom automotive game with car audio in Nashville TN. Bringing you the highest quality products and innovative, Nashville mobile video, meticulous car audio and car stereo installation, our goal is to exceed every customer’s expectation, everyday, every project. Our passion for building custom cars shines through in everything we do. Own a boat? We design and build marine audio systems that are sure to please! Let us show you what TRUE customer service is all about.

The Titan Motoring team is led by Philip Lindsley, a mobile modification specialist in the middle Tennesee area since 1995. Philip’s passion for perfection, customer service, and high end automotive products has brought Titan Motoring from a one man garage operation to Nashville’s premier custom automotive shop in a matter of a few years.

The team, with a combined experience of almost a hundred years, has built cars for NFL players from the Titans, Jets, Rams, and many other teams. Their reputation proceeds themselves and they are known for treating every project like their own until returned to their loving owners. The team’s diverse skill set allows them to complete modifications and upgrades ranging from full Nashville car audio and video systems to full frame-off restorations and everything in between. We also offer auto window tinting services by SunTek, including standard, carbon and carbon XP which uses nano film technology.

Great stereo in my boat. The only custom stereo shop I use for my Boat and Suburban. I have dropped cars off since 2010 to get upgraded. I used cartronics in 2009 once and they were awful. Found titan motoring. Phillip is the best!

Phil and the crew at Titan are A+ top notch. You want quality work done to your ride with a company that stands behind all of there work with the best crew then Titan is for you. If you want half-ass work, shady wiring, no customer service, and a.

This place is fantastic! We had leather seats, heated seats and tinted windows done on our new Tahoe. The staff was professional, knowledge and great to work with! Superior quality, friendly people and most importantly, great prices! Highly.

This shop is great. I have used them four times in the last two years and every experience was positive. Everything that they have done for me has been done professionally and quickly.

Philip and his team of professionals really go out of their way to get the job done right. Extremely knowledgeable, timely, and high-quality work. They can do it all!  We have had Ferrari's, Lamborghini's, Rolls Royce, Maserati all worked on with.

Let me tell you these guys are really great to deal with. Phillip knows how to take care of customers and their work is excellent and they stand by it. Their team works hard and the fact that they are stacked with work tells you something. I will.

Very pleased with the honesty and swift repair of my aftermarket HID headlamps on my truck after ongoing issue w/ the relay going out. They could have easily up-sold me a whole new, more modern, headlamp system and didn't. They said what I had was.

We had the absolute BEST experience here. Dan and the crew were so kind and helpful and totally knocked it out of the park. They solved a mounting problem on our car that was totally illusive and they did it fast and safely and extremely affordable..

Bought a new truck and had a long list of upgrades I wanted to be done. I reached out to Titan and they helped me every step of the way. Pricing was good, was able to get in and out quickly come install appointments. I would highly recommend them,.

What Our Clients Say

titanmotoring
•
Follow
Have a classic? Do you have parts you want installed? We CAN do that! Here is Josh installing customer supplied new interior pieces for the rear, quarters and door panels. He also installed a new top, created a convertible boot and will finish up with new seat covers and refoam. . . . @autoartists_88 . . . #triumph #triumphtr6 #custominterior #reboot #britishclassiccar #tr6 #customersupplied #carinterior #convertiblecar #classiccar
View on Instagram |
1/10 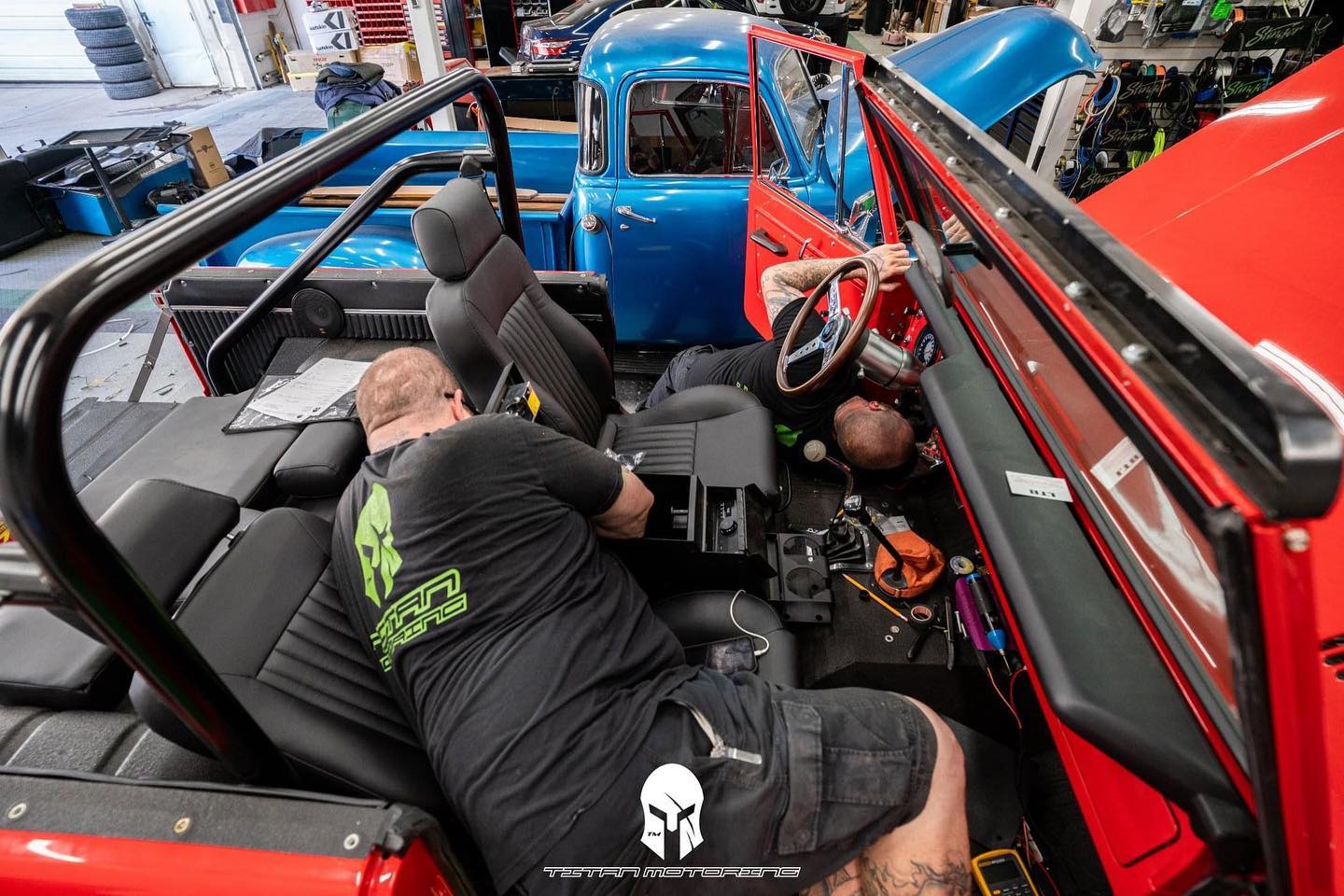 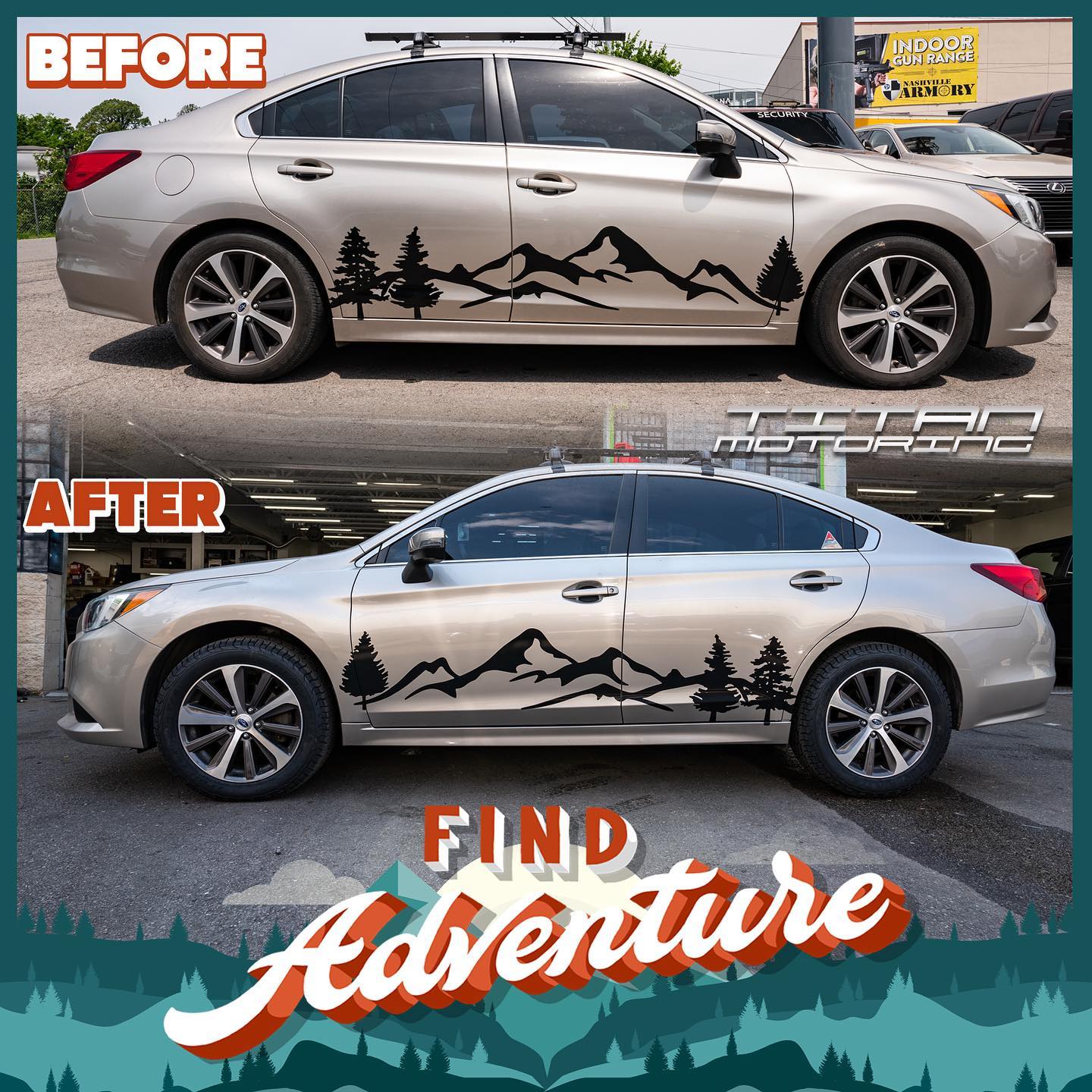 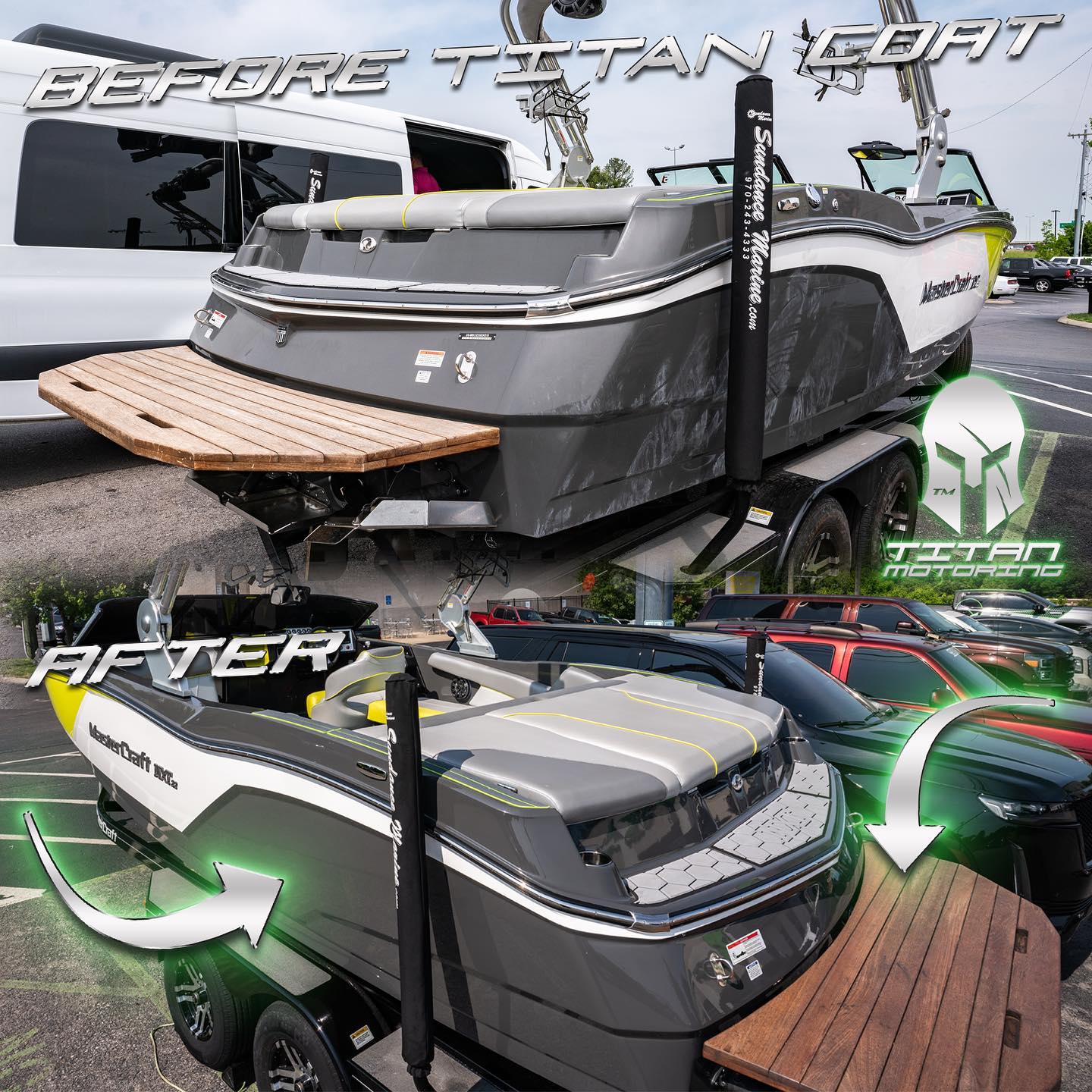 titanmotoring
•
Follow
Marine Ceramic Coatings by @titanmotoring Protect your investment. If you want to preserve your boat ceramic coating is the way to go. No more waxing & buffing. SB3 Marine provides the HYDROPHOBICS you LOVE, the GLOSS you CRAVE & the LONGEVITY you NEED !! It makes washing your boat so much easier that you get to spend more time doing what you love - Enjoying the open waters. • 2+ years below the waterline  • 3+ years above the water line • Applicable on non-skid, plastic, vinyl and leather • Saves time with ease of cleaning/maintenance • Resistant to oxidation, UV damage and corrosion • Extreme gloss & hydrophobics • Chemical resistance • Environmentally safe #titancoat #titanmotorboating #titanboating #boating #boatlife #boating #marine #titanmotoring #marinecoating #sb3marine
View on Instagram |
9/10